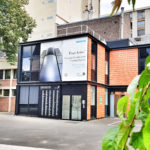 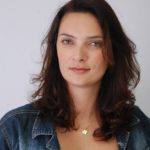 Several Trypanosoma species transmitted by leeches infect marine and freshwater fish worldwide. To date, all South American fish trypanosome species identified have been based on unreliable morphological parameters. We recently isolated and cultured trypanosomes from the Brazilian armoured catfishes Hypostomus luetkeni and H. affinis. Here, we report the first phylogenetic analyses of South American (Brazilian) trypanosomes isolated from fish, and from leeches removed from these fish. We also analysed morphologically and morphometrically the different forms of fish, leech and cultured trypanosomes.V7V8 SSU rRNA and gGAPDH sequences were used for phylogenetic analysis of Brazilian fish and leech trypanosomes. Trypanosomes from cultures, fish blood and leech samples were also characterized morphologically and morphometrically by light and electron microscopy.In blood smears from fish high trypanosome prevalence (90-100 %) and parasitemia (0.9-1.0×10(2)) were observed. Phylogenetic relationships using SSU rRNA and gGAPDH showed that, despite relevant sequence divergence, all Brazilian fish (and derived cultures) and leech trypanosomes clustered together into a single clade. The Brazilian clade clustered with European, North American and African fish trypanosomes. Based on sequence analysis, we uncovered a new species of Brazilian fish trypanosome, Trypanosoma abeli n. sp. Trypanosoma abeli cultures contained pleomorphic epimastigotes, small trypomastigotes and rare sphaeromastigotes. Ultrastructural features of T. abeli included a cytostome-cytopharynx complex in epi- and trypomastigotes, a compact rod-like kinetoplast, lysosome-related organelles (LROs) and multivesicular bodies. Trypanosomes found in fish blood smears and leech samples were highly pleomorphic, in agreement with sequence data suggesting that catfishes and leeches often have mixed trypanosome infections.Trypanosoma abeli n. sp. is the first trypanosome from South American fishes isolated in culture, positioned in phylogenetic trees and characterized at the ultrastructural level. Trypanosoma abeli n. sp. is highly prevalent in H. luetkeni and H. affinis armoured catfish from the Atlantic Forest biome, and in other catfish species from the Amazon and the Pantanal. Sequencing data suggested that Brazilian catfish often have mixed trypanosome infections, highlighting the importance of molecular characterization to identify trypanosome species in fishes and leeches.

https://pubmed.ncbi.nlm.nih.gov/26546294
Publié le: 06 Nov 2015
We use cookies on our website to give you the most relevant experience by remembering your preferences and repeat visits. By clicking “Accept”, you consent to the use of ALL the cookies.
Cookie settingsACCEPT
Manage consent