Patterns of molecular evolution in dioecious and non-dioecious Silene 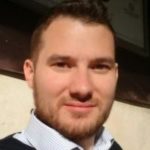 Dioecy (i.e. having separate sexes) is a rather rare breeding system in flowering plants. Such rareness may result from a high probability of extinction in dioecious species because of less efficient dispersal and the costs of sexual selection, which are expected to harm dioecious species’ survival on the long term. These handicaps should decrease the effective population size (Ne) of dioecious species, which in turn should reduce the efficacy of selection. Moreover, sexual selection in dioecious species is expected to specifically affect some genes, which will evolve under positive selection. The relative contribution of these effects is currently unknown and we tried to disentangle them by comparing sequence evolution between dioecious and non-dioecious species in the Silene genus (Caryophyllaceae), where dioecy has evolved at least twice. For the dioecious species in the section Melandrium, where dioecy is the oldest, we found a global reduction of purifying selection, while on some, male-biased genes, positive selection was found. For section Otites, where dioecy evolved more recently, we found no significant differences between dioecious and non-dioecious species. Our results are consistent with the view that dioecy is an evolutionary dead end in flowering plants, although other scenarios for explaining reduced Ne cannot be ruled out. Our results also show that contrasting forces act on the genomes of dioecious plants, and suggest that some time is required before the genome of such plants bears the footprints of dioecy.