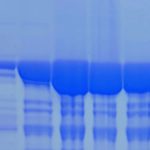 The systemic antibody responses to SARS-CoV-2 in COVID-19 patients has been extensively studied. However, less is known about the mucosal responses in the upper airways, the site of initial SARS-CoV-2 replication.The IgG and IgA antibody responses were analysed in plasma and nasopharyngeal swabs from the first four confirmed COVID-19 patients in France. Two were pauci-symptomatic while two developed severe disease. We characterized their antibody profiles by using an in-house ELISA to detect antibodies directed against SARS-CoV-2 Nucleoprotein and Spike.Anti-N IgG and IgA antibodies were detected in the NPS of severe patients only. The levels of antibodies in the plasma markedly differed amongst the patients. The most distinctive features are a strong anti-N IgG response in the severe patient who recovered, and a high anti-N IgA response specifically detected in the fatal case of COVID-19.Anti-N IgG and IgA antibodies are detected in NPS only for severe patients, with levels related to serological antibodies. The severe patients showed different antibody profiles in the plasma, notably regarding the IgA and IgG response to the N antigen, that may reflect different disease outcome. By contrast, pauci-symptomatic patients did not exhibit any mucosal antibodies in NSP, which is associated with a low or absent serological response against both N and S.