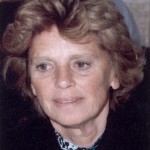 Even today, the concepts developed by Jacques Monod during the course of his career remain at the core of modern biology. Looking back, Jacques Monod stands out as one of the giants who most strongly marked twentieth century science. He was endowed with intelligence, rigor, creativity, a relentless sense of deductive reasoning and a love of scientific elegance. His name will remain intimately associated with the birth, development and triumph of molecular biology. He was not only a brilliant scientist, but along with that he was a generous laboratory director who gave selflessly to his many students and co-workers. Yet in our minds, he will also remain a man with a profound moral commitment to any cause which he felt just. He was a true humanist.