Inflammation as a Keystone of Bone Marrow Stroma Alterations in Primary Myelofibrosis. 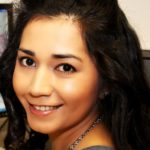 Primary myelofibrosis (PMF) is a clonal myeloproliferative neoplasm where severity as well as treatment complexity is mainly attributed to a long lasting disease and presence of bone marrow stroma alterations as evidenced by myelofibrosis, neoangiogenesis, and osteosclerosis. While recent understanding of mutations role in hematopoietic cells provides an explanation for pathological myeloproliferation, functional involvement of stromal cells in the disease pathogenesis remains poorly understood. The current dogma is that stromal changes are secondary to the cytokine “storm” produced by the hematopoietic clone cells. However, despite therapies targeting the myeloproliferation-sustaining clones, PMF is still regarded as an incurable disease except for patients, who are successful recipients of allogeneic stem cell transplantation. Although the clinical benefits of these inhibitors have been correlated with a marked reduction in serum proinflammatory cytokines produced by the hematopoietic clones, further demonstrating the importance of inflammation in the pathological process, these treatments do not address the role of the altered bone marrow stroma in the pathological process. In this review, we propose hypotheses suggesting that the stroma is inflammatory-imprinted by clonal hematopoietic cells up to a point where it becomes “independent” of hematopoietic cell stimulation, resulting in an inflammatory vicious circle requiring combined stroma targeted therapies.