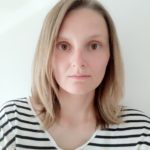 Lyme borreliosis is the most common tick-borne disease in the northern hemisphere. In Europe, it is transmitted by Ixodes ticks that carry bacteria belonging to the Borrelia burgdorferi sensu lato complex. The objective of this work was to explore eco-epidemiological factors of Lyme borreliosis in peri-urban forests of France (Sénart, Notre-Dame and Rambouillet). We investigated whether the introduction of Tamias sibiricus in Sénart could alter the density of infected ticks. Moreover, the density and tick infection were investigated according to the tree species found in various patches of Sénart forest. For this purpose, ticks were sampled during 3 years. In the Sénart forest, the density of nymph and adult ticks showed no significant difference between 2008, 2009 and 2011. The nymph density varied significantly as a function of the month of collection. Regarding the nymphs, a higher rate of infection and infected density were found in 2009. Plots with chipmunks (C) presented a lower density of both nymphs and adult ticks than plots without chipmunks (NC) did. A higher rate of infection of nymphs with Borrelia was seen in C plots. The prevalence of the various species of Borrelia was also found to vary between C and NC plots with the year of the collect. The presence of chestnut trees positively influenced the density of both nymphs and adults. The infected nymph density showed a significant difference depending on the peri-urban forest studied, Sénart being higher than Rambouillet. The prevalence of Borrelia species also differed between the various forests studied. Concerning the putative role that Tamias sibiricus may play in the transmission of Borrelia, our results suggest that its presence is correlated with a higher rate of infection of questing ticks by Borrelia genospecies and if its population increases, it could play a significant role in the risk of transmission of Lyme borreliosis.