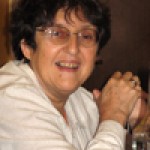 The meningococcal class 1 outer membrane protein (OMP) plays an important role in the development of protective immunity against meningococcal infection, and is therefore considered to be a promising candidate antigen (Ag) for a meningococcal vaccine. The induction of an effective antibody response entirely depends upon T helper cells. To identify T cell epitopes of the OMP, we prepared 45 overlapping synthetic peptides representing the entire sequence of the class 1 protein of reference strain H44/76. Fully automated simultaneous multiple peptide synthesis (SMPS) was used to assemble the 45 twenty mer which overlapped by 12 amino acid residues on a 12 mumol scale. The peptides were tested for recognition by peripheral blood mononuclear cells (PBMC) obtained from 34 volunteers. Surprisingly, all synthetic peptides induced proliferative responses of PBMC isolated from one or more human histocompatibility leukocyte antigen (HLA)-typed immune adults. With PBMC from seven nonimmune donors, no proliferative response was observed. Immunodominant regions were found, recognized by PBMC from many volunteers, irrespective of their HLA type. Most of the immunodominant T cell epitopes are located outside the variable regions and, thus, will be conserved among different meningococcal (and gonococcal) strains. Furthermore, the overlapping peptides could be used to identify the epitopes recognized by OMP-specific T cell clones with known HLA restriction. It is interesting that the epitopes defined with the clones occur in highly conserved areas, shared by all neisserial porin proteins. In summary, this analysis of the T cell response to the meningococcal class 1 OMP constitutes a complete study of reactivity to a foreign protein, and illustrates some important features of Ag recognition by T cells. Our data demonstrate unexpected diversity in the T cell recognition of the OMP, and imply that the T cell repertoire against foreign Ag may be greater than previously assumed. This observation is supported by recent data on the interaction of peptide and major histocompatibility complex (MHC) class II, the latter being much less selective than MHC class I. Finally, a comparative analysis pointed out the limitations of algorithms predicting T cell determinants, and the importance of the empirical methodology provided by SMPS.