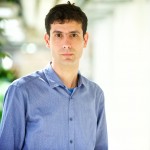 Microfluidic technology has been successfully applied to isolate very rare tumor-derived epithelial cells (circulating tumor cells, CTCs) from blood with relatively high yield and purity, opening up exciting prospects for early detection of cancer. However, a major limitation of state-of-the-art CTC-chips is their inability to characterize the behavior and function of captured CTCs, for example to obtain information on proliferative and invasive properties or, ultimately, tumor re-initiating potential. Although CTCs can be efficiently immunostained with markers reporting phenotype or fate (e.g. apoptosis, proliferation), it has not yet been possible to reliably grow captured CTCs over long periods of time and at single cell level. It is challenging to remove CTCs from a microchip after capture, therefore such analyses should ideally be performed directly on-chip. To address this challenge, we merged CTC capture with three-dimensional (3D) tumor cell culture on the same microfluidic platform. PC3 prostate cancer cells were isolated from spiked blood on a transparent PDMS CTC-chip, encapsulated on-chip in a biomimetic hydrogel matrix (QGel™) that was formed in situ, and their clonal 3D spheroid growth potential was assessed by microscopy over one week in culture. The possibility to clonally expand a subset of captured CTCs in a near-physiological in vitro model adds an important element to the expanding CTC-chip toolbox that ultimately should improve prediction of treatment responses and disease progression.