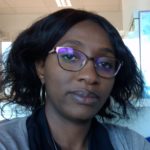 BACKGROUND: Malaria is the major parasitic disease worldwide caused by Plasmodium infection. The objective of integrated malaria control programs is to decrease malaria transmission, which needs specific tools to be accurately assessed. In areas where the transmission is low or has been substantially reduced, new complementary tools have to be developed to improve surveillance. A recent approach, based on the human antibody response to Anopheles salivary proteins, has been shown to be efficient in evaluating human exposure to Anopheles bites. The aim of the present study was to identify new An. gambiae salivary proteins as potential candidate biomarkers of human exposure to P. falciparum-infective bites.

METHODS: Experimental infections of An. gambiae by wild P. falciparum were carried out in semi-field conditions. Then a proteomic approach, combining 2D-DIGE and mass spectrometry, was used to identify the overexpressed salivary proteins in infected salivary glands compared to uninfected An. gambiae controls. Subsequently, a peptide design of each potential candidate was performed in silico and their antigenicity was tested by an epitope-mapping technique using blood from individuals exposed to Anopheles bites.

RESULTS: Five salivary proteins (gSG6, gSG1b, TRIO, SG5 and long form D7) were overexpressed in the infected salivary glands. Eighteen peptides were designed from these proteins and were found antigenic in children exposed to the Anopheles bites. Moreover, the results showed that the presence of wild P. falciparum in salivary glands modulates the expression of several salivary proteins and also appeared to induce post-translational modifications.

CONCLUSIONS: This study is, to our knowledge, the first that compares the sialome of An. gambiae both infected and not infected by wild P. falciparum, making it possible to mimic the natural conditions of infection. This is a first step toward a better understanding of the close interactions between the parasite and the salivary gland of mosquitoes. In addition, these results open the way to define biomarkers of infective bites of Anopheles, which could, in the future, improve the estimation of malaria transmission and the evaluation of malaria vector control tools.