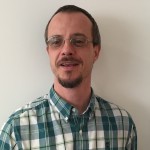 Systemic lupus erythematosus (SLE) is characterized by an accelerated apoptosis of peripheral lymphocytes and an impairment of the clearance of apoptotic cells. Since changes in DNA methylation and in deoxycytosine and deoxyguanine (GC) content have been shown to enhance the potential of DNA to activate murine and human B lymphocytes, we tested the capacity of lymphocytes undergoing apoptosis (under conditions that mimic the deletion of self-reactive cells after antigen receptor engagement) to generate nucleosomes with a particular base composition. Using two cell culture systems and four apoptosis triggers, we found an increase of deoxymethylcytosine in fragmented chromosomal DNA of apoptotic B and T lymphocytes. However, this increase was not associated with modulation of DNA (cytosine-5) methyltransferase, the enzyme that methylates eukaryotic DNA, which suggests that the changes in DNA methylation patterns are not linked to the process of de novo DNA methylation during cell death. In addition, we could not detect a unique methylation pattern in highly repetitive Alu sequences present in the human genome of SLE subjects, as compared with controls. However, the abnormal DNA methylation of apoptotic nucleosomes was associated with an unusual pattern of nuclease-resistant, GC-rich regions in these DNA fragments. We propose that the combination of an accelerated apoptosis with a defect in the clearance of apoptotic cells results in release of increased amounts of nucleosomes with abnormally methylated, GC-rich DNA and provides an autologous stimulation that could bypass tolerance to self in systemic autoimmune diseases. These findings support the concept that the structure and dynamics of nucleosomes are critical in determining their immunogenicity in SLE.