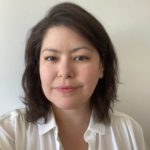 BACKGROUND: The GATA-binding factor 6 (Gata6) gene encodes a zinc finger transcription factor that often functions as a key regulator of lineage specification during development. It is the earliest known marker of the primitive endoderm lineage in the mammalian blastocyst. During gastrulation, GATA6 is expressed in early cardiac mesoderm and definitive endoderm progenitors, and is necessary for development of specific mesoderm and endoderm-derived organs including the heart, liver, and pancreas. Furthermore, reactivation or silencing of the Gata6 locus has been associated with certain types of cancer affecting endodermal organs.

RESULTS: We have generated a Gata6(H2B-Venus) knock-in reporter mouse allele for the purpose of labeling GATA6-expressing cells with a bright nuclear-localized fluorescent marker that is suitable for live imaging at single-cell resolution.

CONCLUSIONS: Expression of the Venus reporter was characterized starting from embryonic stem (ES) cells, through mouse embryos and adult animals. The Venus reporter was not expressed in ES cells, but was activated upon endoderm differentiation. Gata6(H2B-Venus/H2B-Venus) homozygous embryos did not express GATA6 protein and failed to specify the primitive endoderm in the blastocyst. However, null blastocysts continued to express high levels of Venus in the absence of GATA6 protein, suggesting that early Gata6 transcription is independent of GATA6 protein expression. At early post-implantation stages of embryonic development, there was a strong correlation of Venus with endogenous GATA6 protein in endoderm and mesoderm progenitors, then later in the heart, midgut, and hindgut. However, there were discrepancies in reporter versus endogenous protein expression in certain cells, such as the body wall and endocardium. During organogenesis, detection of Venus in specific organs recapitulated known sites of endogenous GATA6 expression, such as in the lung bud epithelium, liver, pancreas, gall bladder, stomach epithelium, and vascular endothelium. In adults, Venus was observed in the lungs, pancreas, liver, gall bladder, ovaries, uterus, bladder, skin, adrenal glands, small intestine and corpus region of the stomach. Overall, Venus fluorescent protein under regulatory control of the Gata6 locus was expressed at levels that were easily visualized directly and could endure live and time-lapse imaging techniques. Venus is co-expressed with endogenous GATA6 throughout development to adulthood, and should provide an invaluable tool for examining the status of the Gata6 locus during development, as well as its silencing or reactivation in cancer or other disease states.