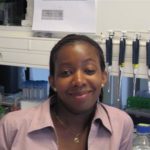 Erythrocyte invasion is a complex process involving multiple interactions between Plasmodium merozoites and host erythrocytes. Unlike P. falciparum, which can use multiple erythrocyte receptors for invasion and has merozoite proteins with overlapping and redundant receptor-binding functions, invasion of human erythrocytes by P. vivax merozoites primarily relies on the interaction between the P. vivax Duffy Binding Protein (PvDBP) and the erythrocyte Duffy antigen receptor for chemokines (DARC). Consequently, PvDBP is considered a promising candidate for a P. vivax malaria vaccine. However, recently, a growing body of studies (including ours), have reported PCR-positive vivax malaria cases in Duffy-negative individuals around the world, specifically across Africa and South America. These novel observations highlight the emerging issue of P. vivax infection in Duffy-negative populations, which questions the essential role of the PvDBP-DARC interaction and raises the possibility of alternative invasion mechanism(s) with implications for the design of blood-stage vaccines for P. vivax malaria.

The VIPeRs project aims to identify P. vivax ligands involved in host cell invasion and understand how P. vivax has gained the capacity to infect reticulocytes from Duffy-negative individuals. Our strategy will be based on a 2-step approach by taking full advantage of next-generation sequencing and functional biological analysis (including in vitro invasion assays and infection in humanized mice) and by availing our access to P. vivax isolates from both Duffy-negative and Duffy-positive vivax malaria patients in Madagascar. This strategy should overcome the main weakness of previous investigations by exploring and characterizing the full repertoire of parasite ligands involved in invasion of human reticulocytes in Malagasy malaria endemic settings where two human populations with distinct Duffy blood group phenotypes (Duffy-negative and Duffy-positive) are frequently exposed to P. vivax. The main objectives of this project are as follows: