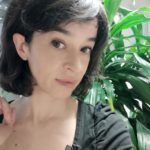 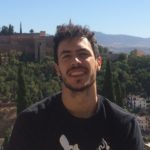 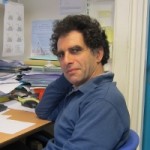 We aim to analyze the impact of substrates on Entamoeba histolytica mode of migration during colonic mucosa invasion using live imaging and quantitative image analysis.
E. histolytica, the etiological agent of amoebiasis, is a highly motile protozoan which motility is crucial to its survival in the human colon and to tissue invasion. E. histolytica is known to exhibit typical amoeboid migration on a glass support i.e. with very poor adhesion, based on the formation of blebs caused by intracellular pressure and retraction of the back of the cell, due to the contraction generated by the actomyosin II motor which pushes the cell body forward. After the destruction of the intestinal epithelium the amoeba migrate over the Fibronectin rich basement membrane to the Lieberkühn crypts where the trophozoites penetrate and destroy the extracellular matrix (ECM) that contains a fibrillar network composed in majority of Collagen I fibers. We are exploring the mode of migration of the parasite on a 2D Fibronectin surface and in 3D matrixes of collagen I.