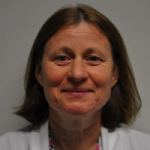 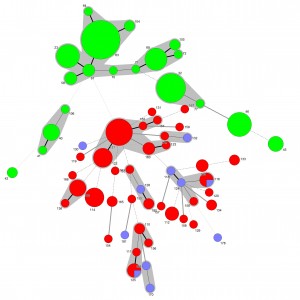 Cryptococcus neoformans is a haploid yeast with a bipolar propagation system (asexual multiplication + sexual reproduction) giving rise to haploids, diploids and hybrids. It exists in two varieties neoformans (serotype D) and grubii (serotype A). For the past 20 years now, we have been characterizing the isolates causing infection in France using our database on cryptococcosis that collects clinical information and isolates. One of our main concern is to understand whether some isolates are more virulent than other and can account for more severe infections in patients with apparently the same kind of immune defect.

The database on cryptococcosis in France that include clinical information and the collection of clinical isolates  allowed us to demonstrate that (i) serotype D are more often associated with skin infections but can also induce severe meningoencephalitis, (ii) mixed infections are not uncommon in humans with approximately 20% of patients harboring multiple strains in terms of mating type, serotype, genotypes, and even ploidy following endoreplication; (ii) mixed infections are associated with more severe prognosis whereas AD hybrids seem less virulent than A or D haploid strains; (iv) recombination is frequent among serotype D isolates and rare among serotype A isolates giving rise to strikingly different population’s genetics for the two varieties. 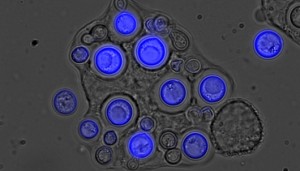 Many virulence factors including the capsule, melanin, proteases have been identified. Our hypothesis is that new virulence factors may be involved in the increased virulence of some of C. neoformans isolates. Selected isolates are being compared for their interaction with macrophages  and other parameter based on RNA-seq, and whole genome sequencing data.