e.g. searching for members in projects tagged cancer
Rechercher
Compteur
IN
OUT
Contenu 1
Contenu 2
Recherche
Revenir
Haut de page
Partagez
PhD defense of Laura Salavessa 30th of March 2020
Our article in Access Microbiology was the most read of the month
© Recherche
Actualités

ZIKA : Indigenous cases for the first time in mainland France 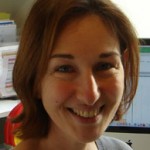 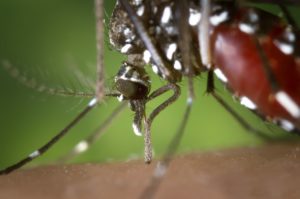 Monday October 21, 2019. The Regional Health Agency for Provence-Alpes-Côte d’Azur has reported a second case of infection by the Zika virus in the south of France. This case follows on from a first contamination in the same region earlier in October. The two individuals contracted the disease after being bitten by a tiger mosquito (Aedes albopictus), the insect vector for the Zika virus. Since then, the Regional Health Agency has announced a third indigenous case of Zika virus contamination in the same area (city of Hyères), on 31 October.

It is worth pointing out that in its map indicating the spread of the tiger mosquito in France, the Ministry of Health placed 51 departments on red alert in late April, nine more than in 2018. “Tiger mosquitoes were first detected in 1979 in Europe and in 2004 in France. They are active virtually throughout the summer,” explained Anna-Bella Failloux, Head of the Arboviruses and Insect Vectors laboratory at the Institut Pasteur, in an interview for the TV channel France Info. The tiger mosquito’s colonization of mainland France is spreading, and there are now no departments under simple health surveillance or on green alert.

Arnaud Fontanet, Head of the Epidemiology of Emerging Diseases Unit at the Institut Pasteur, expressed his concern in an interview for RTL: “This is the first time that the tiger mosquito, Aedes albopictus, has been capable of transmitting the Zika virus in natural conditions in France. From our laboratory research we knew that it was theoretically possible, but it had never occurred in natural populations,” he continued.
“What is surprising is that there have been hundreds of imported cases that have come to France, especially via Martinique and Guadeloupe, but there had never previously been any indigenous cases in the country,” continued Anna-Bella Failloux. “There are currently relatively few areas of Zika infection worldwide, and there are no major outbreaks. So we will need to determine how the tiger mosquitoes that transmitted the virus to France for the first time were infected.”

So what exactly is Aedes Albopictus, also known as the tiger mosquito? Aedes albopictus can be recognized by the central line of white scales on its thorax. It is a generalist species, which means that it is capable of colonizing both natural breeding grounds and man-made environments. So Aedes albopictus can become a vector for infectious diseases such as Zika, as well as dengue and the chikungunya virus. “Individuals infected by these viruses display symptoms such as fever, sometimes a skin rash, joint pain and conjunctivitis. There is a range of symptoms that are similar in all the diseases. For Zika, the symptoms are generally less severe, and they disappear after a few days,” said Arnaud Fontanet.

But complications may occur, especially for pregnant women. “Around 1% of infected pregnant women can contaminate the baby they are carrying, though only in the first trimester of pregnancy,” explained Anna-Bella Failloux. “There is also a small risk of transmission through breast milk, and Zika may be sexually transmitted from men to women, since the virus can remain in sperm for up to six months. Women who are infected are contagious for two weeks.”

There is no chance of an outbreak in late October, since the mosquito season is coming to an end. “Aedes albopictus is mainly active from May to November. The two indigenous cases date from August 2019. It took time for the cases to be analyzed and confirmed and so the news reached us rather late,” explained Arnaud Fontanet.
But since the tiger mosquito is on the rise in mainland France, it is entirely possible that people will begin to contract diseases such as Zika more often. In the meantime, Anna-Bella Failloux reminds us of the preventive measures that we can take to protect ourselves from these insects: “Wear clothes that cover the body as much as possible and avoid being outside during peak mosquito biting hours.”