Workshop in Honor of Françoise Barré-Sinoussi : A career dedicated to a Pastorian vision of research

Co-discoverer of the Human Immunodeficiency virus (HIV-1) in 1983, Françoise Barré-Sinoussi is a retrovirologist internationally recognized for her huge contribution to HIV/AIDS research for which she was awarded with the 2008 Nobel Prize in medicine.
Administratively, her career came to its official end on the 31st of August 2015 and the research Unit she led shut its doors. Though the world-acclaimed scientist will continue to be involved in a number of national and international activities, the symbolic moment of her retirement is the occasion to honor her exceptional scientific career, her tireless engagement in the fight against HIV/AIDS and the humanist values she has always defended.

The ANRS, Inserm, Institut Pasteur and Sidaction are thus delighted to jointly organize a workshop dedicated to Françoise Barré-Sinoussi on the afternoon of the 13th of October 2015. The spirit of this event is not to trace the history of her career but to illustrate her vision of research, the various aspects of her engagement as well as the prospect that her scientific contribution opens for HIV/AIDS research and beyond, to other infectious diseases. Colleagues and friends will also be given the opportunity to speak of her on a more personal basis. 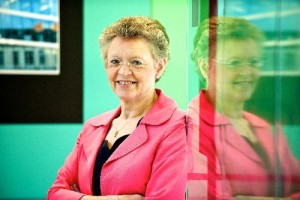 The workshop in honor of Françoise Barré-Sinoussi will take place the day before the annual scientific symposium of the Institut Pasteur International Network : http://www.pasteur-network-meeting2015.org/