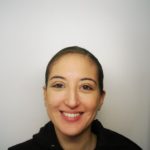 Researchers from the Institut Pasteur, CNRS and Vaccine Research Institute (ANRS/Inserm)have recently shown that some effective antibodies recognize cells infected by the human immunodeficiency virus (HIV) and trigger their destruction by the immune system. This discovery sheds new light on the mechanism of action of these specific antibodies, which are currently undergoing clinical trials. These findings were published in Nature Communications on March 3rd, 2016.

AIDS is an infectious disease caused by the human immunodeficiency virus (HIV). An estimated 1.2 million people died from AIDS last year and close to 35 million are currently infected with the virus, making AIDS the most deadly infectious disease in the world (WHO, 2015). Antiretroviral therapy is available to fight this disease but, due to a lack of funds, only 16 million people had access to the treatment in 2015. In addition, the virus is not completely eliminated by this treatment, as it can multiply at a low level, forming what is known as a viral reservoir. If antiretroviral treatment is interrupted, this reservoir can be the source of new viral replication in the body, even after many years of therapy. It is therefore important to improve understanding of the mechanisms that regulate the formation of this reservoir and find strategies to eliminate it.

In some infected patients, specific antibodies have been identified for their ability to block the replication of a large number of HIV-1 strains. By studying the action mechanism of these antibodies — called broadly neutralizing antibodies (bNAbs) —, researchers from the team led by Olivier Schwartz, the Virus and Immunity Unit (Institut Pasteur/CNRS), co-financed by the Vaccine Research Institute (VRI, ANRS/Inserm), and the Laboratory of Humoral Response to Pathogens (Institut Pasteur/CNRS), led by Hugo Mouquet, together with the Olivier Lambotte’s team (Bicêtre Hospital), have demonstrated that they act in complementary ways. Firstly, the bNAbs neutralize the spread of the virus, particularly from cell to cell. But the most effective ones are also capable of directly recognizing infected cells and triggering their destruction by Natural Killer (NK) cells — immune system cells that are tasked with eliminating abnormal cells from the body. For this, the bNAbs recognize different parts of the viral envelope exposed to the surface of the human cells. The scientists have observed that exposure of the viral envelope varies considerably on the surface of infected cells, and depends on the HIV strain, therefore modulating immune cell response. They have observed that a combination of bNAbs can increase their efficacy to destroy infected cells. Finally, the researchers have shown that cells from the viral reservoir of patients are also recognized by the bNAbs and generally at sufficient levels to trigger their elimination.

“This research represents an important step towards understanding the mechanism of action of broadly neutralizing antibodies. It identifies the parameters controlling their ability to recruit immune cells and supports the theory that they could reduce the reservoir in patients infected with HIV”, explains Olivier Schwartz.

Characterization of these bNAbs is important for various reasons. The way in which they recognize the viral envelope provides valuable information for designing vaccine candidates. Furthermore, it has already been shown that bNAbs can be used in humans. The most effective antibodies are currently undergoing clinical trials in the US, and can significantly reduce the viral load for up to 28 days in infected individuals. These immunotherapy treatments therefore represent promising new therapeutic or preventive strategies.

This research has been funded by the ANRS, the Vaccine Research Institute LabEx (ANR-10-LABX-77), Sidaction, the Areva Foundation, the IBEID LabEx, the “Milieu Intérieur” LabEx, the European Union’s 7th Framework Program, and the European Research Council (ERC).