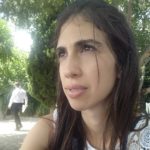 MITICA: Identifying the mechanisms of acquisition of a dysbiotic microbiota and pediatric environmental enteropathy in infants in the context of chronic malnutrition

Undernutrition contributes to more than 40% of the global child mortality rate. In 2014 stunting, which is the main manifestation of chronic undernutrition, affected 159 million children. Stunting entails long-term repercussions for the child, […]

After obtaining an MD degree from the University of Barcelona and after carrying out research projects in epidemiology of infectious diseases with different NGOs in Africa (Western Sahara, Niger), Violeta completed her studies with a Master of Public Health at the Ecole Pasteur-CNAM by specialising in malaria epidemiology (Institut Pasteur Madagascar) and a Master in Economics of International Development (Sciences-Po Paris). She also completed a Master in Nutrition (major in Public Health and Nutrition) at the Open University of Catalunya (UOC).

She then had an internship with the World Health Organisation on epidemiological monitoring of tuberculosis and then completed a scientific thesis (PhD) at the UMR 216 of the Institut de la Recherche pour le Développement (IRD), Mère et Enfant face aux Infections Tropicales (MERIT), on P.falciparum parasitemia risk factors in pregnant women and young children in Benin. During her career she obtained the 3rd price Gemma Rossell i Romero for young researchers as well as the 2014 EHESP Network symposium award.
Throughout the years she has presented her work in scientific conferences, such as the European Congress of Tropical Medicine and Hygiene or the Congress of the American Society of Tropical Medicine and Hiygiene.

At present she is a post-doctoral fellow at the Molecular Microbial Pathogenesis Unit of the Institut Pasteur. Her research is focused on the develoment of a dysbiotic gut microbiota in infants in the Central African Republic.