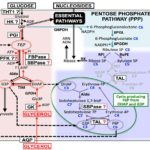 AdipoTryp Trypanosoma brucei is a unicellular and extracellular parasite transmitted by the tsetse fly (Glossina genus) and causing Human African Trypanosomiasis (HAT) in Sub-Saharan Africa. If untreated, this neglected tropical disease has a case […]

During her PhD at the University of León in Spain, Estefanía’s research was focussed on the use of fluorescent proteins and the generation of stably-transgenic Leishmania major and L. infantum strains to be used in animal models of infection at real time by using In Vivo Imaging Systems (IVIS) and in novel intraclonal genetic exchange studies within the sandfly vector Phlebotomus perniciosus.

Estefanía joined the lab in April 2015 as a post-doctoral fellow to understand the contribution of the flagellum by examining the behaviour of fluorescent trypanosomes that are deficient in certain flagellar functions and to visualize the early steps of trypanosome infection in the mammalian host upon tsetse fly bite by intravital microscopy.