The Molecular Retrovirology Unit started out back in the mid 1980s working on the molecular biology of the AIDS retrovirus HIV, hence its name. We were the first to publish the sequence of HIV. Through research on retroviral hypermutation the group was able to show that the human genome encodes a pair of DNA mutator enzymes capable of mutating chromosomal DNA. Following this unexpected lead, the unit has moved to working on cancer for on these mutator enzymes that are intimately linked to oncogenesis. 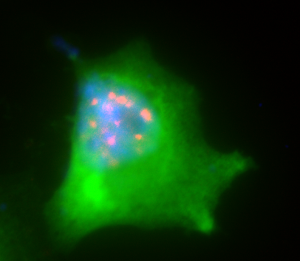 The human APOBEC3A and APOBECB enzymes make mutations in DNA by deaminating cytidine bases. The result is DNA peppered with uridine (dU). As dU base pairs as dT, this generates hypermutants with monotonously substituted C residues. The degree of editing can be phenomenal: up to 90% and sometimes more. This results in a meltdown of genetic information, essentially death by deamination. As such it is clearly pro-apoptotic/necrotic. By contrast hypomutation, lower levels of mutation that do not overwhelm DNA mismatch DNA repair, can introduce hundred or so mutations in one go. If the process is iterated a genome can accumulate tens to hundreds of thousands of mutations which turns morphs it into a cancer genome.

These DNA mutator enzymes are now accepted as being on a par with UV light and benzpyrenes in cigarette smoke in the genesis of cancer. Furthermore, APOBEC3A enzyme also mutates 5-methylcytidine residues and makes double stranded breaks both of which are hallmarks of cancer genomes.

The really crucial observation is that the APOBEC3A gene is massively upregulated by interferon alpha. There is a large literature linking chronic inflammation and cancer that even back goes to the 19th century. The identification of APOBEC3 as a mutator of chromosomal DNA adds a simple, and hitherto missing link to this scenario. Chronic inflammation emphasizes the iteration of DNA mutation and the steady accumulation of mutations that eventually unleashes the genome.

Because APOBEC3A is a DNA mutator it is a causal cancer susceptibility gene. A naturally arising polymorphism with high penetrance exists in SE Asia.in which most of the APOBEC3B gene is deleted. The deletion is particularly associated with a higher incidence of breast, ovarian and liver cancer. The unit was able to show that the deletion resulted in much higher intracellular levels of the APOBEC3A DNA mutator enzyme.

How special or unique is this enzyme? APOBEC3A is functionally conserved across most placental mammals meaning that is has been around for around 150 million years. Clearly this apparently dangerous enzyme has an evolutionary selective advantage that clearly outweighs the downside of cancer.

The unit is working on the oncogenic process, how such a dangerous enzyme functions in the context of chronic inflammation, how the gene is controlled and what other stimuli turn the gene on. 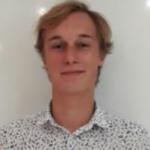