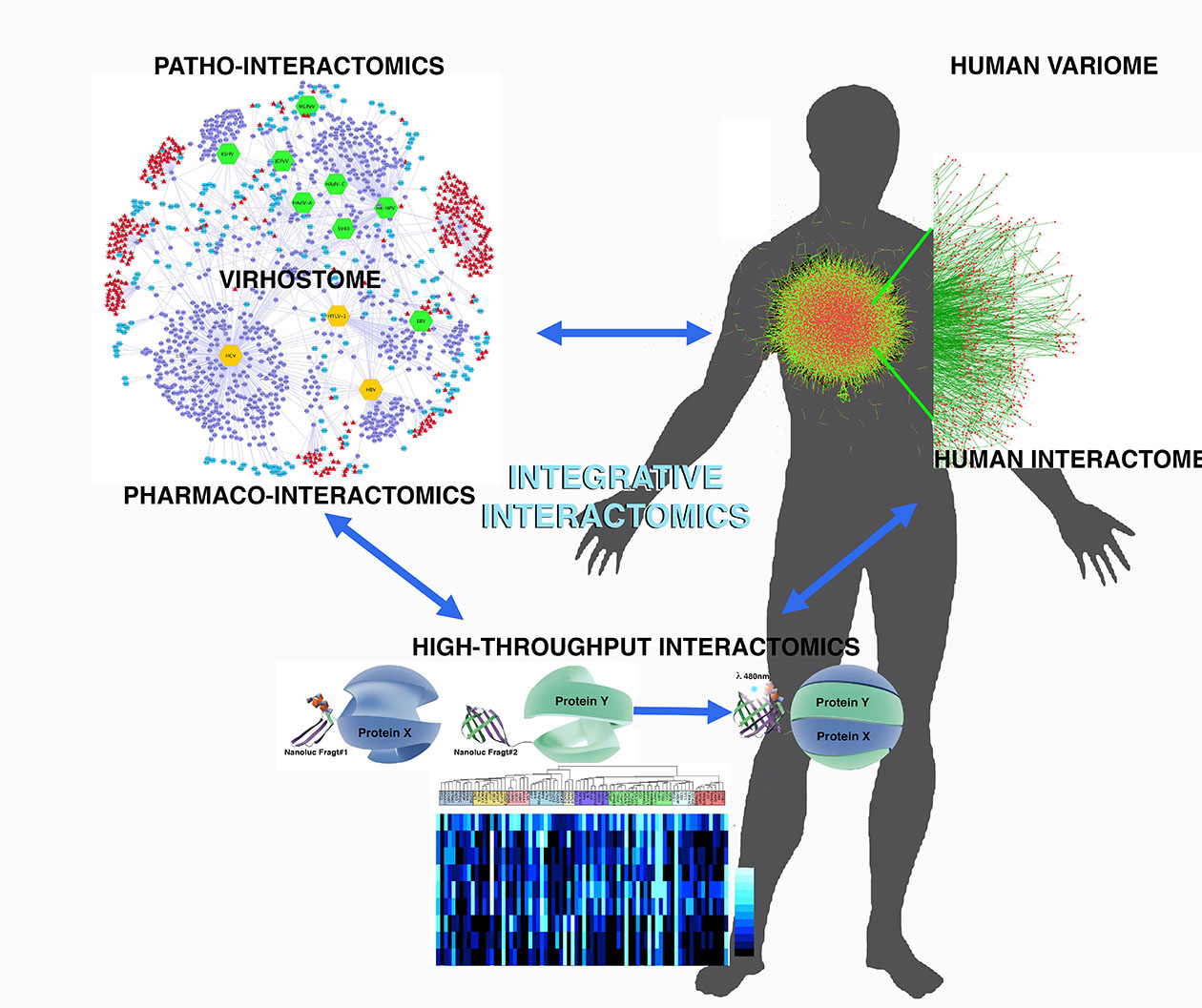 “Our goal is to find and understand the links between virus and host genotypes, phenotypes and pathogenic traits using comparative interactomics and bioinformatics”

It is commonly admitted that identifying protein interaction network “interactomes” has shed light on the organizing principles of living cells by providing key insights into understanding how cellular components work together. Interactome mapping thus enables deeper mechanistic understanding of the cell: a major objective of systems biology. Our work falls within the scope of an emerging discipline at the convergence of virology and systems biology. Since the completion of the human genome, steps forward in massively parallel interactome-mapping pipelines using next-generation sequencing have enabled generation of more comprehensive human interactome datasets. Similarly, mapping of intracellular interactions between viral and cellular components is strongly relevant to understanding how viruses hijack cellular functions, control and escape antiviral mechanisms, and ultimately achieve replication and spreading including in new host species. We have developped a new strategy, comparative interactomics, to identify specific signatures, that correlate interaction datasets, protein sequences and structural informations with pathogenic traits,

Our team has  pioneered decipherment of virus-host interactomes “virhostomes” using high-throughput innovative technologies including state-of-the-art yeast two-hybrid and orthogonal protein-protein or protein-nucleic acid interaction assays such as split-luciferase based complementation assays in human cells and other pull-down methods.

Our main project aims to generate exhaustive proteome scale interactomics datasets for major public health concern respiratory viruses, particularly influenza viruses. This effort includes comparative interactomics between viral strains and host species. Given that a major pathway of protein modification in eukaryotic cells, the Ubiquitin Proteasome System “UPS”, is a prime target of most viruses, we are currently implementing a UPS dedicated interactomic study mapping interactions between hundreds of UPS human ORFs and a representative collection of influenza viruses.

For in depth, multi-species mapping of virus-host protein interactions we are developing a next generation massively parallel yeast two-hybrid system. This pioneering methodology will allow us to generate, at a large scale and with statistically reliable sampling, exhaustive interactomics datasets. Comparative studies involving numerous viral strains, variants of a given strain, and various host species, will allow to characterize the viral mutations that modify protein interactomic properties, the so called “edgotypic mutations”.

Differential viral interactomes will be connected into the next prototypical human interactome in order to understand how their mutual interplay leads to emergent system properties that represent specific features of viral pathogenesis. 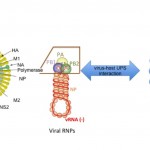 As a major pathway of reversible protein modification in eukaryotes cells, leading to their degradation, affecting their subcellular localization, or activity, the Ubiquitin Proteasome System (UPS) is a prime target of viruses. Recent evidence […] 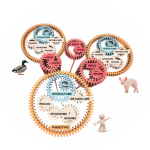 Despite medical progress, the recent outbreaks of viral zoonoses (e.g. MERS-CoV, Ebola virus disease) illustrate the constant threat represented by viruses in a world in motion and globalization. These epidemic events stress the need […] 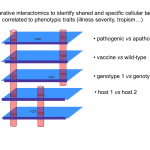 To date, knowledge on the interaction network between filovirus proteins and the host proteome (virhostome) are still extremely small and fragmented. These studies are limited to a few proteins such as VP24, VP35 and […]

The use of light from the abyss in life sciences   In the last decades, bioluminescent systems based on the expression of a luciferase and the addition of a luciferin to monitor the emission […] 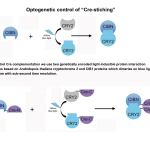 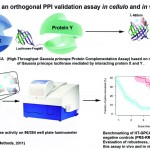 The coverage and robustness of protein-protein interactions (PPI) datasets can be markedly increased by combining orthogonal PPI assays. For this purpose we have recently developed two variations of our High-throughput Gaussia princeps Complementation Assay(HT-GPCA), […]