The general objective of the lab is to explore the crosstalk between the transcription machinery, the coding and non-coding RNA it produces, and the chromatin in the context of cancer and multiple sclerosis.

Currently, we are focusing on chromatin factors best known for their role in long-term transcriptional repression (Silencing). We study  the function these factors may have in regulating gene-expression and alternative splicing in response to inflammatory cues, and how they may use non-coding RNAs for their targeting to chromatin.

Stabilize chromatin for the management of diseases with inflammatory components

The advent of protocols allowing generation of induced pluripotent stem cells has revealed that genes turned off during cell differentiation are stably but not definitively repressed, and that the “silencing” machineries involved in this repression share mechanisms and properties with the more transient repression detected at inducible promoters.

H3K9 trimethylation (H3K9me3) are among the histone marks that function in both stable “silencing” of repeat rich regions and transient repression of euchromatic genes. Consistent with this, HP1 proteins that bind this histone modification are enriched at interspersed repeats, while they also function as very general regulators of inducible genes involved in development, cell differentiation, cell cycle, and immune response.

Consistent with the role of HP1 proteins in the transcriptional control of both inducible genes and repeated DNA sequences, we have shown that in patients with Multiple Sclerosis a defect in HP1-mediated silencing causes reactivation of both pro-inflammatory cytokines and human endogenous retroviruses (HERVs). In a subset of the patients, this reactivation is correlated with increased activity of the peptidyl arginine deiminase PADI4 that interferes with the binding of HP1 proteins to H3K9me3 by converting the neighbouring arginine 8 into a citrulline.

Currently, we are further exploring anomalies in the chromatin structure of patients with Multiple Sclerosis with a special interest for the impact of transcripts encoded by interspersed DNA repeats. We are also investigating additional mechanisms regulating the interaction of HP1 proteins with chromatin. In this context, we find that increased activity of the DYRK1A kinase causes decreased HP1-mediated repression of cytokine genes in Down’s syndrome associated megakaryoblastic leukemia.

Finally, we are screening for small molecules allowing for a chemical control of HP1-mediated silencing, with a special interest for molecules able to facilitate induction of pluripotent stem cells.

Regulation of alternative splicing by RNAi and non-coding RNAs

Within this machinery, Argonaute 1 and 2 (AGO1 and AGO2) participate in the recruitment to intragenic chromatin of both chromatin-structuring factors (HP1 and histone methylases) and components of the spliceosome in response to activation of the MAP kinase pathway.

We have investigated how alternative splicing affects the function of two human histone methyltransferases (HMTase): G9A and SUV39H2. We show that a wide range of tissues express multiple isoforms of these proteins, each displaying activity, stability, or sub-nuclear localization.

In collaboration with the team of Laurence Arbibe in the Unit of Philippe Sansonetti, we show that S. flexneri takes over transcriptional regulation of cellular defense genes by interacting with HP1. This study uncovered a role for HP1g in the dampening of the innate immune response and in increased tissue regeneration within the gut epithelium. 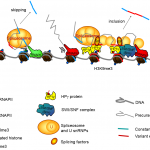 We found that the H3K9me3 epigenetic mark acts as a landing pad for the binding of HP1, impacts alternative splicing through slowing down of RNA polymerase II and favors the recruitment of the spliceosome […] 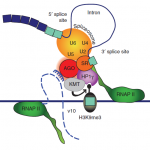 We found that Argonaute 1 and 2 proteins (AGO1 and AGO2) participate in the recruitment to intragenic chromatin of both chromatin-structuring factors (HP1γ and histone Lysine-methylases – KMTs: EHMT2 and SUV39H1) and components of […]

Alternative splicing is a major source of diversity for the proteome. A few years ago, our laboratory provided pioneering data showing that chromatin and chromatin factors play a role the regulation of this alternative […] 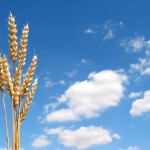 Silence to cure: stabilize chromatin for the management of diseases with inflammatory components

The advent of protocols allowing generation of induced pluripotent stem cells has revealed that genes turned off during cell differentiation are stably but not definitively repressed, and that the “silencing” machineries involved in this […]

Involvement of alternative splicing in the regulation of neuronal connection

Pre- and post-synaptic cell-adhesion molecules are essential for normal synapse formation and synaptic transmission. The diversity of neuronal networks is generated by a combinatorial mixture of these molecules as well as their regulation by […]

The interconnection between chromatin, transcription and splicing

During the last several years, numerous publications have reported observations about the coupling between chromatin remodelling and splicing regulation. However, the mechanism of this interconnection remains elusive. Based on biochemistry and cellular biology, I […]

Dynamic regulation of chromatin and transcription by HP1 Heterochromatin Proteins in relationship with RNA.

The three HP1 (Heterochromatin Protein 1), HP1a, HP1b, and HP1g proteins are epigenetic markers of heterochromatin, the condensed, repressed form of chromatin. They are typically known to associate to the di-/tri-methylated lysine 9 of […] 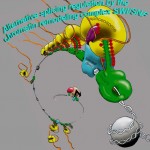 We have shown that the BRM subunit of the chromatin-remodeling complex SWI/SNF, also known to be perturbed during tumorigenesis, regulates the alternative splicing of several genes, such as CD44, Bim, E-cadherin and cyclin D1 […]

Rationale and Objectives of Revive Consortium Major advancements in stem cell biology have paved the way for concerted research activities on the fundamental biology of stem cells and their applications in the clinic. […] 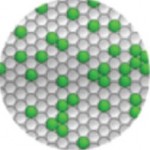 The digital PCR is a new manner to quantify DNA molecules by PCR. Because the digital PCR interrogates the number of molecules at the end of the 40 cycles of the PCR (end-point analysis) […]