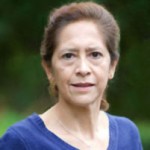 Leishmaniasis is endemic in the south of France, where autochthonous disease is caused by Leishmania infantum, and affects both humans and dogs. The prevalence of canine leishmaniasis is between 3 and 66% depending on the region and the methods used. Human leishmaniases are also imported into France, mainly from French Guiana and North Africa. The surveillance of autochthonous and imported human leishmaniases is based on passive notification to the National Reference Centre for Leishmaniases (NRCL) created in 1998. Between 1999 and 2012, 317 autochthonous and 1,154 imported cases were notified to the NRCL. The average number of autochthonous cases notified per year was 22.6, mainly cases of visceral leishmaniasis (84.5%). All cases were infected in the south of France. Leishmaniasis incidence is 0.22 per 100,000 inhabitants in the endemic area. Imported cases were more frequent (annual mean of 82.4 cases) and consisted predominantly in cutaneous leishmaniasis (CL) cases (91%), essentially L. major CL imported from Maghreb and Sub-Saharan Africa, and L. guyanensis CL from French Guiana. This national notification system allowed a better understanding of the incidence and distribution of the disease; it is also useful to assess the temporal-spatial evolution of the disease in France, which appears relatively stable.