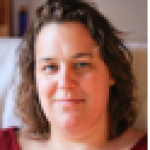 T cell commitment and αβ/γδ lineage specification in the thymus involves interactions between many different genes. Characterization of these interactions thus requires a multiparameter analysis of individual thymocytes. We developed two efficient single-cell methods: (i) the quantitative evaluation of the co-expression levels of nine different genes, with a plating efficiency of 99-100% and a detection limit of 2 mRNA molecules/cell; and (ii) single-cell differentiation cultures, in the presence of OP9 cells transfected with the thymus Notch1 ligand DeltaL4. We show that during T cell commitment, Gata3 has a fundamental, dose-dependent role in maintaining Notch1 expression, with thymocytes becoming T-cell-committed when they co-express Notch1, Gata3 and Bc11b. Of the transcription factor expression patterns studied here, only that of Bcl11b was suggestive of a role in Pu1 down-regulation. Individual thymocytes became αβ/γδ lineage-committed at very different stages (from the TN2a stage onwards). However, 20% of TN3 cells are not αβ/γδ-lineage committed and TN4 cells comprise two main subpopulations with different degrees of maturity. The existence of a correlation between differentiation potential and expression of the pre-TCR showed that 83% of αβ-committed cells do not express the pre-TCR and revealed a major stochastic component in αβ-lineage specification.