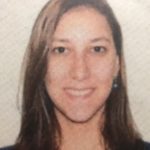 Sex-based differences influence incidence and outcome of infectious disease. Women have a significantly greater incidence of urinary tract infection (UTI) than men, yet, conversely, male UTI is more persistent with greater associated morbidity. Mechanisms underlying these sex-based differences are unknown, in part due to a lack of experimental models. We optimized a model to transurethrally infect male mice and directly compared UTI in both sexes. Although both sexes were initially equally colonized by uropathogenic E. coli, only male and testosterone-treated female mice remained chronically infected for up to 4 weeks. Female mice had more robust innate responses, including higher IL-17 expression, and increased γδ T cells and group 3 innate lymphoid cells in the bladder following infection. Accordingly, neutralizing IL-17 abolished resolution in female mice, identifying a cytokine pathway necessary for bacterial clearance. Our findings support the concept that sex-based responses to UTI contribute to impaired innate immunity in males and provide a rationale for non-antibiotic-based immune targeting to improve the response to UTI.