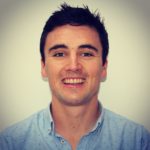 The early-life gut microbiota plays a critical role in host metabolism in later life. However, little is known about how the fatty acid profile of the maternal diet during gestation and lactation influences the development of the offspring gut microbiota and subsequent metabolic health outcomes.Here, using a unique transgenic model, we report that maternal endogenous n-3 polyunsaturated fatty acid (PUFA) production during gestation or lactation significantly reduces weight gain and markers of metabolic disruption in male murine offspring fed a high-fat diet. However, maternal fatty acid status appeared to have no significant effect on weight gain in female offspring. The metabolic phenotypes in male offspring appeared to be mediated by comprehensive restructuring of gut microbiota composition. Reduced maternal n-3 PUFA exposure led to significantly depleted Epsilonproteobacteria, Bacteroides, and Akkermansia and higher relative abundance of Clostridia. Interestingly, offspring metabolism and microbiota composition were more profoundly influenced by the maternal fatty acid profile during lactation than in utero. Furthermore, the maternal fatty acid profile appeared to have a long-lasting effect on offspring microbiota composition and function that persisted into adulthood after life-long high-fat diet feeding.Our data provide novel evidence that weight gain and metabolic dysfunction in adulthood is mediated by maternal fatty acid status through long-lasting restructuring of the gut microbiota. These results have important implications for understanding the interaction between modern Western diets, metabolic health, and the intestinal microbiome.