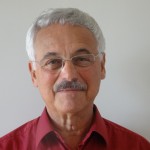 On October 26, 1885, Pasteur announced to the French Academy of Sciences that he had developed a vaccine against rabies for people bitten by rabid animals. This news made the front page of the national press, with the majority of articles being optimistic, although some were critical. All of them, however, failed to mention two key points. The first was that Pasteur had taken a considerable risk as his vaccination protocol, that he had only tested on dogs, could have caused the death of a young boy upon whom he had experimented, and it was not certain he had contracted rabies from the bites he had sustained. The second is that Pasteur realized that, in contrary to the vaccines he had previously developed against diseases in animals such as fowl cholera and anthrax, the anti-rabies vaccine was not made from a live, attenuated microbe but a ‘vaccinal substance’ associated with this microbe. A year later he was to suggest that this substance could be dead microbes. He thereby opened the way to modern vaccines and an understanding of immunity mechanisms.