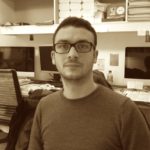 One of the main steps of metastasis is extravasation, a phenomenon well described in lymphocytes but remaining to be fully uncovered for melanoma. Junctional adhesion molecules (JAMs) control the transendothelial migration of leukocytes. To date, the role of the JAM proteins, notably JAM-A and JAM-C, has not been examined in melanoma. Here, we compared two melanoma tumor cell lines, A375 and SLM8 cells, the A375 cell line being four times more efficient than the SLM8 cells in the crossing of the endothelial monolayer. We show evidence of the differential expression of JAM-A and JAM-C in these cell lines with JAM-C mainly expressed in the A375 cell line, and JAM-A detected preferentially in the SLM8 cells. To further dissect the respective roles of these proteins, we used both siRNA and blocking antibodies to decrease JAM-A and JAM-C expression.