In Silico and In Vitro Studies of Truncated Forms of Flagellin (FliC) of Enteroaggregative Escherichia coli (EAEC). 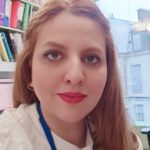 Enteroaggregative Escherichia coli (EAEC) is an important cause of acute and chronic diarrhea worldwide. It has been shown that flagellin (FliC), a major bacterial surface protein of EAEC, causes IL-8 release from certain epithelial cell lines via activation of TLR-5. Based on the ability of this protein to activate innate immunity, flagellin can be considered as a potent adjuvant in new vaccines and adjuvant effects of native or recombinant forms of flagellin have been demonstrated. In the current study we designed various truncated forms of FliC-EAEC based on its interaction site with TLR-5 and assessed the interactions via docking protocols. Then, the most appropriate truncated forms were PCR amplified, cloned in to pGEX-5X-1 plasmid and expressed. Finally, the expressed proteins were tested for pro-inflammatory properties. Our in silico and in vitro results indicated that two truncated forms of FliC- EAEC (amino acids 79-117 and 477-508) effectively interact with TLR-5, thus could be capable of inducing in vivo immune responses.