e.g. searching for members in projects tagged cancer
Search for
Count
IN
OUT
Content 1
Content 2
Search
Go back
Scroll to top
Share
The Cyni framework for network inference in Cytoscape
Your body, my body, our coupling moves our bodies
© Research
Publication : Nature communications 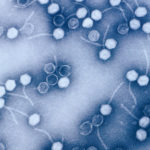 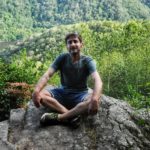 Closing gaps in draft genome assemblies can be costly and time-consuming, and published genomes are therefore often left ‘unfinished.’ Here we show that genome-wide chromosome conformation capture (3C) data can be used to overcome these limitations, and present a computational approach rooted in polymer physics that determines the most likely genome structure using chromosomal contact data. This algorithm–named GRAAL–generates high-quality assemblies of genomes in which repeated and duplicated regions are accurately represented and offers a direct probabilistic interpretation of the computed structures. We first validated GRAAL on the reference genome of Saccharomyces cerevisiae, as well as other yeast isolates, where GRAAL recovered both known and unknown complex chromosomal structural variations. We then applied GRAAL to the finishing of the assembly of Trichoderma reesei and obtained a number of contigs congruent with the know karyotype of this species. Finally, we showed that GRAAL can accurately reconstruct human chromosomes from either fragments generated in silico or contigs obtained from de novo assembly. In all these applications, GRAAL compared favourably to recently published programmes implementing related approaches.