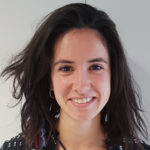 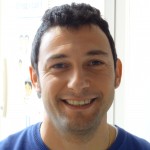 The health and environmental risks associated with antibiotic use in aquaculture have promoted bacterial probiotics as an alternative approach to control fish infections in vulnerable larval and juvenile stages. However, evidence-based identification of probiotics is often hindered by the complexity of bacteria-host interactions and host variability in microbiologically uncontrolled conditions. While these difficulties can be partially resolved using gnotobiotic models harboring no or reduced microbiota, most host-microbe interaction studies are carried out in animal models with little relevance for fish farming. Here we studied host-microbiota-pathogen interactions in a germ-free and gnotobiotic model of rainbow trout (Oncorhynchus mykiss), one of the most widely cultured salmonids. We demonstrated that germ-free larvae raised in sterile conditions displayed no significant difference in growth after 35 days compared to conventionally-raised larvae, but were extremely sensitive to infection by Flavobacterium columnare, a common freshwater fish pathogen causing major economic losses worldwide. Furthermore, re-conventionalization with 11 culturable species from the conventional trout microbiota conferred resistance to F. columnare infection. Using mono-re-conventionalized germ-free trout, we identified that this protection is determined by a commensal Flavobacterium strain displaying antibacterial activity against F. columnare. Finally, we demonstrated that use of gnotobiotic trout is a suitable approach for the identification of both endogenous and exogenous probiotic bacterial strains protecting teleostean hosts against F. columnare. This study therefore establishes an ecologically-relevant gnotobiotic model for the study of host-pathogen interactions and colonization resistance in farmed fish.