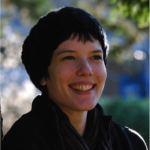 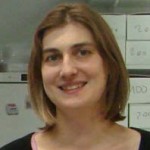 Defective interfering (DI) genomes, or defective viral genomes (DVGs), are truncated viral genomes generated during replication of most viruses, including live viral vaccines. Among these, “panhandle” or copy-back (cb) and “hairpin” or snap-back (sb) DI genomes are generated during RNA virus replication. 5′ cb/sb DI genomes are highly relevant for viral pathogenesis since they harbor immunostimulatory properties that increase virus recognition by the innate immune system of the host. We have developed DI-tector, a user-friendly and freely available program that identifies and characterizes cb/sb genomes from next-generation sequencing (NGS) data. DI-tector confirmed the presence of 5′ cb genomes in cells infected with measles virus (MV). DI-tector also identified a novel 5′ cb genome, as well as a variety of 3′ cb/sb genomes whose existence had not previously been detected by conventional approaches in MV-infected cells. The presence of these novel cb/sb genomes was confirmed by RT-qPCR and RT-PCR, validating the ability of DI-tector to reveal the landscape of DI genome population in infected cell samples. Performance assessment using different experimental and simulated data sets revealed the robust specificity and sensitivity of DI-tector. We propose DI-tector as a universal tool for the unbiased detection of DI viral genomes, including 5′ cb/sb DI genomes, in NGS data.