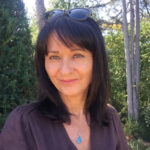 Transgenes are often engineered using regulatory elements from distantly related genomes. Although correct expression patterns are frequently achieved even in transgenic mice, inappropriate expression, especially with promoters of widely expressed genes, has been reported. DNA methylation has been implicated in the aberrant expression, but the mechanism by which the methylation of a CpG-rich sequence can perturb the functioning of a promoter is unknown.