e.g. searching for members in projects tagged cancer
Search for
Count
IN
OUT
Content 1
Content 2
Search
Go back
Scroll to top
Share
CRISPR in Parasitology: Not Exactly Cut and Dried!
Contribution of Asymptomatic Plasmodium Infections to the Transmission of Malaria in Kayin State, Myanmar.
© Research
Publication : Journal of virology 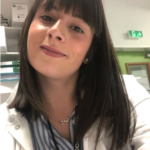 Cellular membranes ensure functional compartmentalization by dynamic fusion-fission remodeling and are often targeted by viruses during entry, replication, assembly and egress. Nucleocytoplasmic large DNA viruses (NCLDVs) can recruit host-derived open membrane precursors to form their inner viral membrane. Using complementary 3D-electron microscopy techniques including focused-ion beam scanning electron microscopy and electron tomography, we show that the giant Mollivirus sibericum utilizes the same strategy but also displays unique features. Indeed, assembly is specifically triggered by an open cisterna with a flat pole in its center and open curling ends that grow by recruitment of vesicles, never reported for NCLDVs. These vesicles, abundant in the viral factory (VF), are initially closed but open once in close proximity to the open curling ends of the growing viral membrane. The flat pole appears to play a central role during the entire virus assembly process. While additional capsid layers are assembled from it, it also shapes the growing cisterna into immature crescent-like virions and is located opposite to the membrane elongation and closure sites, thereby providing virions with a polarity. In the VF, DNA-associated filaments are abundant and DNA is packed within virions, prior to particle closure. Altogether, our results highlight the complexity of the interaction between giant viruses and their host. Mollivirus assembly relies on the general strategy of vesicle recruitment, opening and shaping by capsid layers similar to all NCLDVs studied until now. However, the specific features of its assembly suggests that the molecular mechanisms for cellular membrane remodeling and persistence are unique.Since the first giant virus Mimivirus was identified, other giant representatives are isolated regularly around the World and appear to be unique in several aspects. They belong to at least four viral families and the ways they interact with their hosts remain poorly understood. We focused on Mollivirus sibericum, the sole representative of “Molliviridae” which was isolated from a 30,000 years-old permafrost sample, and exhibits spherical virions of complex composition. In particular, we show that (i) assembly is initiated by a unique structure containing a flat pole positioned at the center of an open cisterna; (ii) core packing involves another cisterna-like element seemingly pushing core proteins into particles being assembled; (iii) specific filamentous structures contain the viral genome before packaging. Altogether, our findings increase our understanding on how complex giant viruses interact with their host and provide the foundation for future studies to elucidate the molecular mechanisms of Mollivirus assembly.