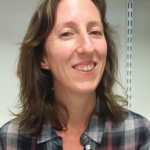 Effective vaccines to combat malaria are urgently needed, but have proved elusive in the absence of validated correlates of natural immunity. Repeated blood stage infections induce antibodies considered to be the main arbiters of protection from pathology, but their essential functions have remained speculative.This study evaluated antibody dependent respiratory burst (ADRB) activity in polymorphonuclear neutrophils (PMN) induced by Plasmodium falciparum merozoites and antibodies in the sera of two different African endemic populations, and investigated its association with naturally acquired clinical protection. Respiratory bursts by freshly isolated PMN were quantified by chemiluminescence readout in the presence of isoluminol, which preferentially detects extra-cellular reactive oxygen species (ROS). Using a standardized, high throughput protocol, 230 sera were analyzed from individuals of all age groups living in meso- (Ndiop) or holo-endemic (Dielmo) Senegalese villages, and enrolled in a cross-sectional prospective study with intensive follow-up. Statistical significance was determined using non-parametric tests and Poisson regression models. The most important finding was that PMN ADRB activity was correlated with acquired clinical protection from malaria in both high and low transmission areas (P = 0.006 and 0.036 respectively). Strikingly, individuals in Dielmo with dichotomized high ADRB indexes were seventeen fold less susceptible to malaria attacks (P = 0.006). Complementary results showed that ADRB activity was (i) dependent on intact merozoites and IgG opsonins, but not parasitized erythrocytes, or complement, (ii) correlated with merozoite specific cytophilic IgG1 and IgG3 antibody titers (P<0.001 for both), and (iii) stronger in antisera from a holo-endemic compared to a meso-endemic site (P = 0.002), and reduced in asymptomatic carriers (P<0.001).This work presents the first clearly demonstrated functional antibody immune correlate of clinical protection from Plasmodium falciparum malaria, and begs the question regarding the importance of ADRB by PMN for immune protection against malaria in vivo.