e.g. searching for members in projects tagged cancer
Search for
Count
IN
OUT
Content 1
Content 2
Search
Go back
Scroll to top
Share
HT-smFISH: a cost-effective and flexible workflow for high-throughput single-molecule RNA imaging.
Structural and Genomic Evolution of RRNPPA Systems and Their Pheromone Signaling.
© Timothy Wai
Publication : Brain : a journal of neurology

CHCHD10 and SLP2 control the stability of the PHB complex: a key factor for motor neuron viability. 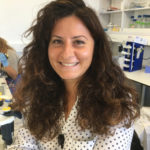 CHCHD10 is an amyotrophic lateral sclerosis/frontotemporal dementia gene that encodes a mitochondrial protein whose precise function is unclear. Here we show that Coiled-Coil-Helix-Coiled-Coil-Helix Domain Containing protein 10 interacts with the Stomatin-Like Protein 2 and participates in the stability of the prohibitin complex in the inner mitochondrial membrane. By using patient fibroblasts and mouse models expressing the same CHCHD10 variant (p.Ser59Leu), we show that Stomatin-Like Protein 2 forms aggregates with prohibitins, found in vivo in the hippocampus and as aggresome-like inclusions in spinal motor neurons of Chchd10S59L/+ mice. Affected cells and tissues display instability of the prohibitin complex, which participates at least in part in the activation of the OMA1 cascade with OPA1 processing leading to mitochondrial fragmentation, abnormal mitochondrial cristae morphogenesis and neuronal death found in spinal cord and the hippocampus of Chchd10S59L/+ animals. Destabilization of the prohibitin complex leads to the instability of the mitochondrial contact site and cristae organizing the system complex, probably by the disruption of OPA1-mitofilin interaction. Thus, Stomatin-Like Protein 2/prohibitin aggregates and destabilization of the prohibitin complex are critical in the sequence of events leading to motor neuron death in CHCHD10S59L-related disease.