e.g. searching for members in projects tagged cancer
Search for
Count
IN
OUT
Content 1
Content 2
Search
Go back
Scroll to top
Share
Isolation and Characterization of the Immune Cells from Micro-dissected Mouse Choroid Plexuses
Decreasing humoral response among healthcare workers up to 4 months after two doses of BNT162b2 vaccine.
© Research
Publication : The Journal of antimicrobial chemotherapy 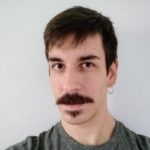 MDR in bacteria is threatening to public health. Overexpression of efflux pumps is an important cause of MDR. The co-administration of antimicrobial drugs and efflux pump inhibitors (EPIs) is a promising approach to address the problem of MDR.To identify new putative EPIs and to characterize their mechanisms of action.The effects of four selected piperazine derivatives on resistance-nodulation-cell division (RND) pumps was evaluated in Escherichia coli strains overexpressing or not expressing RND pumps by assays aimed at evaluating antibiotic potentiation, membrane functionality, ethidium bromide accumulation and AcrB expression. The cytotoxicity of selected piperazines towards primary cultures of human dermal fibroblasts was also investigated.Four molecules enhanced levofloxacin activity against strains overexpressing RND efflux pumps (AcrAB-TolC and AcrEF-TolC), but not against RND pump-deficient strains. They had little effects on membrane potential. Molecule 4 decreased, whereas the other three increased, membrane permeability compared with untreated control cells. The four molecules showed differences in the specificity of interaction with RND efflux pumps, by inactivating the transport of one or more antibiotics, and in the levels of ethidium bromide accumulation and of acrB expression inhibition.Piperazine derivatives are good candidates as inhibitors of RND efflux pumps. They decreased the activity of RND pumps by mixed mechanisms of action. Small structural differences among the molecules can be critical in defining their behaviour.