CD4(+) T Cell-Receptor Repertoire Diversity is Compromised in the Spleen but Not in the Bone Marrow of Aged Mice Due to Private and Sporadic Clonal Expansions. 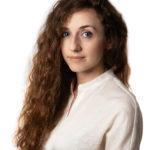 Reduction in T cell receptor (TCR) diversity in old age is considered as a major cause for immune complications in the elderly population. Here, we explored the consequences of aging on the TCR repertoire in mice using high-throughput sequencing (TCR-seq). We mapped the TCRβ repertoire of CD4+ T cells isolated from bone marrow (BM) and spleen of young and old mice. We found that TCRβ diversity is reduced in spleens of aged mice but not in their BM. Splenic CD4+ T cells were also skewed toward an effector memory phenotype in old mice, while BM cells preserved their memory phenotype with age. Analysis of Vβ and Jβ gene usage across samples, as well as comparison of CDR3 length distributions, showed no significant age dependent changes. However, comparison of the frequencies of amino-acid (AA) TCRβ sequences between samples revealed repertoire changes that occurred at a more refined scale. The BM-derived TCRβ repertoire was found to be similar among individual mice regardless of their age. In contrast, the splenic repertoire of old mice was not similar to those of young mice, but showed an increased similarity with the BM repertoire. Each old-mouse had a private set of expanded TCRβ sequences. Interestingly, a fraction of these sequences was found also in the BM of the same individual, sharing the same nucleotide sequence. Together, these findings show that the composition and phenotype of the CD4+ T cell BM repertoire are relatively stable with age, while diversity of the splenic repertoire is severely reduced. This reduction is caused by idiosyncratic expansions of tens to hundreds of T cell clonotypes, which dominate the repertoire of each individual. We suggest that these private and abundant clonotypes are generated by sporadic clonal expansions, some of which correspond to pre-existing BM clonotypes. These organ- and age-specific changes of the TCRβ repertoire have implications for understanding and manipulating age-associated immune decline.