e.g. searching for members in projects tagged cancer
Search for
Count
IN
OUT
Content 1
Content 2
Search
Go back
Scroll to top
Share
Early and nonreversible decrease of CD161++ /MAIT cells in HIV infection
Reduced levels of serum FGF19 and impaired expression of receptors for endocrine FGFs in adipose tissue from HIV-infected patients
© Research
Publication : The Journal of clinical investigation 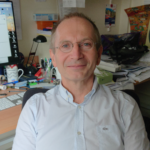 Primary immune thrombocytopenia (ITP) is a disorder caused by autoantibody-mediated platelet destruction and decreased platelet production. Rituximab, a B cell-depleting agent, has become the first-line treatment for ITP; however, patients with refractory disease usually require splenectomy. We identified antibody-secreting cells as the major splenic B cell population that is resistant to rituximab. The phenotype, antibody specificity, and gene expression profile of these cells were characterized and compared to those of antibody-secreting cells from untreated ITP spleens and from healthy tissues. Antiplatelet-specific plasma cells (PC) were detected in the spleens of patients with ITP up to 6 months after rituximab treatment, and the PC population displayed a long-lived program similar to the one of bone marrow PC, thus explaining for most of these patients the absence of response to rituximab and the response to splenectomy. When analyzed by multiplex PCR at the single-cell level, normal splenic PC showed a markedly different gene expression profile, with an intermediate signature, including genes characteristic of both long-lived PC and proliferating plasmablasts. Surprisingly, long-lived PC were not detected in untreated ITP spleens. These results suggest that the milieu generated by B cell depletion promotes the differentiation and settlement of long-lived PC in the spleen.