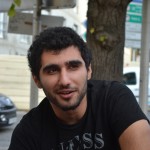 Influenza A virus (IAV) infection perturbs metabolic pathways such as autophagy, a stress-induced catabolic pathway that crosstalks with cellular inflammatory responses. However, the impact of autophagy perturbation on IAV gene expression or host cell responses remains disputed. Discrepant results may be a reflection of in vivo studies using cell-specific autophagy-related (Atg) gene-deficient mouse strains, which do not delineate modification of developmental programmes from more proximal effects on inflammatory response. In vitro experiments can be confounded by gene expression divergence in wild-type cultivated cell lines, as compared to those experiencing long-term absence of autophagy. With the goal to investigate cellular processes within cells that are competent or incompetent for autophagy, we generated a novel experimental cell line in which autophagy can be restored by ATG5 protein stabilization in an otherwise Atg5-deficient background. We confirmed that IAV induced autophagosome formation and p62 accumulation in infected cells and demonstrated that perturbation of autophagy did not impact viral infection or replication in ATG5-stablized cells. Notably, the induction of interferon-stimulated genes (ISGs) by IAV was diminished when cells were autophagy competent. We further demonstrated that, in the absence of ATG5, IAV-induced interferon-β (IFN-β) expression was increased as compared to levels in autophagy-competent lines, a mechanism that was independent of IAV non-structural protein 1. In sum, we report that induction of autophagy by IAV infection reduces ISG expression in infected cells by limiting IFN-β expression, which may benefit viral replication and spread.