Annotation of the Staphylococcus aureus Metabolome Using Liquid Chromatography Coupled to High-Resolution Mass Spectrometry and Application to the Study of Methicillin Resistance. 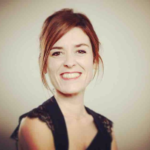 Staphylococcus aureus can cause a variety of severe disease patterns and can readily acquire antibiotic resistance; however, the mechanisms by which this commensal becomes a pathogen or develops antibiotic resistance are still poorly understood. Here we asked whether metabolomics can be used to distinguish bacterial strains with different antibiotic susceptibilities. Thus, an efficient and robust method was first thoroughly implemented to measure the intracellular metabolites of S. aureus in an unbiased and reproducible manner. We also placed special emphasis on metabolome coverage and annotation and used both hydrophilic interaction liquid chromatography and pentafluorophenyl-propyl columns coupled to high-resolution mass spectrometry in conjunction with our spectral database developed in-house to identify with high confidence as many meaningful S. aureus metabolites as possible. Overall, we were able to characterize up to 210 metabolites in S. aureus, which represents a substantial ∼50% improvement over previously published data. We then preliminarily compared the metabolic profiles of 10 clinically relevant methicillin-resistant and susceptible strains harvested at different time points during the exponential growth phase (without any antibiotic exposure). Interestingly, the resulting data revealed a distinct behavior of “slow-growing” resistant strains, which show modified levels of several precursors of peptidoglycan and capsular polysaccharide biosynthesis.