A Comparative Perspective on the Cerebello-Cerebral System and Its Link to Cognition. 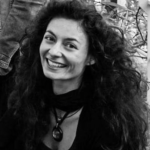 The longstanding idea that the cerebral cortex is the main neural correlate of human cognition can be elaborated by comparative analyses along the vertebrate phylogenetic tree that support the view that the cerebello-cerebral system is suited to support non-motor functions more generally. In humans, diverse accounts have illustrated cerebellar involvement in cognitive functions. Although the neocortex, and its transmodal association cortices such as the prefrontal cortex, have become disproportionately large over primate evolution specifically, human neocortical volume does not appear to be exceptional relative to the variability within primates. Rather, several lines of evidence indicate that the exceptional volumetric increase of the lateral cerebellum in conjunction with its connectivity with the cerebral cortical system may be linked to non-motor functions and mental operation in primates. This idea is supported by diverging cerebello-cerebral adaptations that potentially coevolve with cognitive abilities across other vertebrates such as dolphins, parrots, and elephants. Modular adaptations upon the vertebrate cerebello-cerebral system may thus help better understand the neuroevolutionary trajectory of the primate brain and its relation to cognition in humans. Lateral cerebellar lobules crura I-II and their reciprocal connections to the cerebral cortical association areas appear to have substantially expanded in great apes, and humans. This, along with the notable increase in the ventral portions of the dentate nucleus and a shift to increased relative prefrontal-cerebellar connectivity, suggests that modular cerebellar adaptations support cognitive functions in humans. In sum, we show how comparative neuroscience provides new avenues to broaden our understanding of cerebellar and cerebello-cerebral functions in the context of cognition.