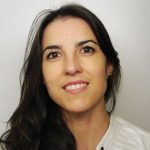 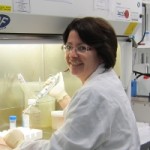 Whether released by bacteria infecting the skin or injected via the subcutaneous route, mycolactone was found to diffuse into the leukocytes of peripheral blood and lymphoid organs. With this distribution profile, the unique effects of mycolactone on immune cell migration and effector functions make it a potential drug candidate for therapeutic use against inflammatory disorders. Using mouse models, we showed that systematically delivered mycolactone confers protection against chronic skin inflammation, rheumatoid arthritis and inflammatory pain. Structure-activity relationship studies showed that the mycolactone subunit corresponding to lactone core and longest polyketide chain is critical for binding to Sec61 and biological activity. While less potent than natural mycolactone, the truncated version retained capacity to block cytokine production by neutrophils, macrophages and lymphocytes in vitro and efficiently protected mice against inflammatory disorders and pain in mouse models. From a clinical perspective, this chemically simpler version of mycolactone offers several advantages over the natural molecule as in addition to being easier to synthesize it displayed a better therapeutic window in vivo.

Many pathogenic human viruses rely on host biosynthetic machineries to produce to produce the viral proteins required for replication, suggesting that Sec61 blockade could be used as a strategy to block viral propagation. In support of this hypothesis, mycolactone-mediated inhibition of Sec61 efficiently prevented host cell production of influenza A virus HA and NA proteins. Inhibiting Sec61 with mycolactone in ZIKA virus-infected cells also blocked vacuole formation and virus production. Beyond its direct antiviral effects, mycolactone-mediated Sec61 blockade may prevent the pathology that is associated with virus-driven inflammation.

Finally, since cancer cells rely on active protein translocation into the endoplasmic reticulum for fast growth, Sec61 inhibitors like mycolactone may show a potential as anticancer drugs. Mycolactone at nanomolar concentrations induced apoptosis in several cancer cell lines, potentially in part through induction of proteotoxic stress responses. Whether these effects operate in primary tumors and in mouse xenograft models remains to be established.