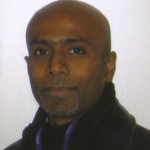 Still a lot has to be learned concerning the correlates of protection against HIV-1 transmission and especially on the immune response necessary for an efficient control. This is even more true at the mucosal sites, preferential portal for viral entry in the body. In fact, an effective vaccine will have to induce a mucosal protection by targeting early events before viral dissemination in the body. To understand the role of the mucosal innate responses in the protection against infection is today one of the research priorities.

The control of HIV-1 infection at the materno-fetal interface is, in this context, a model of natural protection against transmission at a mucosal level. Indeed, even in the absence of antiretroviral therapy to prevent mother-to-child transmission (MTCT), 90% of the children born to seropositive women are protected from in utero transmission. Several distinct mechanisms might be involved and we are particularly interested in the role of the maternal innate immunity in the decidua (e.g. the uterine mucosa during pregnancy). We have shown that 1) the decidual macrophages (dMs) are the main targets of HIV-1, 2) dM infection is restricted via SAMHD1, 3) dNK cells inhibit dM infection, 4) soluble factors such as chemokines and IFNg are involved in the control 5) dMs and dNK cells express Toll-Like Receptors (TLRs) that are functional. We are dissecting the mechanisms involved in the control of HIV-1 infection of dMs by dNK cells including the role of the TLRs (DE.VIH.NET project).

In parallel, we are developping a study (FE.M.IN.I.V.I project) on the effects of TLR agonists and anti-inflammatory molecules on the HIV-1 infection at the level of the female reproductive tract (FRT) mucosae in non pregnant women. This will help to have a better knowledge of the innate immunity components which can contribute to an effective antiviral activity at the level of the FRT mucosae.

Finally, in collaboration with the Vaccine Research Institute and at the CEA, we are comparing the immune responses induced in the different compartments of the FRT as well as on the draining lymph nodes and in the blood after several successive vaginal inoculations of infected seminal plasma in vaccinated macaques (MISS-1 project). In fact the semen is the main vector of HIV-1 sexual transmission and is known to influence the female genital immunology, in particular by inducing a local inflammation. Infected seminal plasma may thus impact the immune responses against the vaccine.

Altogether, these studies will allow to identify immune determinants necessary for the control of HIV-1 infection. Furthermore, these analysis will give informations about the efficient responses to target for a futur preventive vaccines against HIV-1 mucosal transmission. 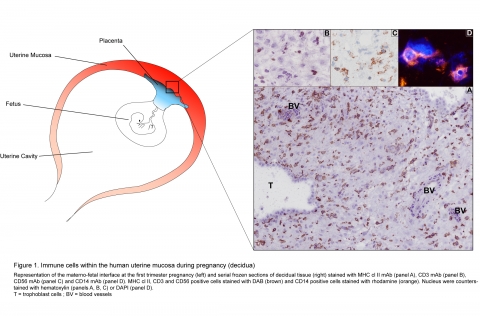