e.g. searching for members in projects tagged cancer
Search for
Count
IN
OUT
Content 1
Content 2
Search
Go back
Scroll to top
Share
The “virus biofilm”: a new mode of virus cell-to-cell transmission
Multiparameter single-cell profiling of human CD4+FOXP3+ regulatory T-cell populations in homeostatic conditions and during graft-versus-host disease
© Andres Alcover
Scanning electron microscopy showing a conjugate formed between a T lymphocyte and an antigen presenting cell. It is worth noting the long shape of the T cell (Tc) polarized towards the antigen presenting cell (APC) and the membrane protrusions that adhere the T lymphocyte to the antigen presenting cell.
Project 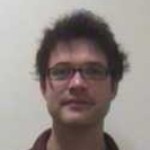 In order to concentrate at the immunological synapse, T cell receptor and signaling molecules that are evenly distributed throughout the cell need to be transported towards the antigen presenting cell contact zone and retained there. Various types of transport have been envisaged, at the plasma membrane, or through the cell interior. We have shown that recycling endosomes (vesicles that transport receptors that are internalized and recycled back to the plasma membrane) convey T cell receptors to the immunological synapse (Figure 1). Vesicles containing T cell receptors rapidly polarized towards the cell-cell contact and accumulate at the synapse, by a mechanism broadly involving the recycling endosomal compartment  (Das et al., 2004 ). In addition, we showed that, like in neural synapses proteins that control the fusion between recycling vesicles and the plasma membrane, SNAREs, also concentrate at the immunological synapse and are necessary for T cell receptor delivery to the synapse (Das et al., 2004).

In addition to T cell receptors, some important signaling molecules are also transported to the synapse by endosomal vesicles.  We have shown that the tyrosine kinase Lck, the signaling adapter LAT and the T cell receptor zeta subunit (TCRζ) are transported by distinct  types of endosomes regulated by different vesicle traffic regulators. Endosomal transport of these proteins is important to generate signaling complexes at the immunological synapse and to induce T cell activation leading to cytokine production (Soares et al., 2013; Bouchet et al., 2017). Moreover, we have  shown that intracellular vesicle traffic can also regulate actin cytoskeleton remodeling and, as a consequence, T cell shape and immunological synapse symmetry. Indeed, we have shown that the GTPase Rac1, a key regulator of actin  dynamics, is associated to recycling endosomes characterized by the presence of the GTPase Rab11. Rac1 transport is modulated by the interplay between Rac1 and Rab11, which occurs through a Rab11-interacting protein called FIP3.  Therefore, endosomal traffic and actin cytoskeleton remodeling are orchestrated processes  that  cooperate to ensure the structure and function of immunological synapses (Bouchet et al. 2016).

Human immunodeficiency virus type-1 (HIV-1) is able to modulate a variety of cellular processes in order to ensure its survival and replication inside the host cell, and its transmission to other cells. HIV-1 infects and actively replicates in CD4 T lymphocytes, leading to profound alterations of T cell physiology. HIV-1 modifies signaling pathways, as well as vesicle traffic of a number of membrane receptors. Therefore, we studied the consequences of HIV-1 infection on the formation of the immunological synapse. We observed that HIV-1-infected T lymphocytes formed abnormal synapses. The intracellular trafficking of the T cell receptor and the protein tyrosine kinase Lck was altered, leading to the retention of these molecules in the recycling endosomal compartment, and to their impaired clustering at the synapse (Figures 3, 4). These phenomena were due to the viral protein Nef. Infected T lymphocytes had a reduced activation capacity, as depicted by the lower levels of protein tyrosine phosphorylation at the synapse (Thoulouze et al., 2006). Therefore, the alteration of intracellular traffic and signaling processes at the immunological synapse influences the function and fate of HIV-1-infected T lymphocytes (Reviews: Fakler et al., 2007 ; Alcover and Thoulouze, 2010). Interestingly, we have recently shown that endosomal Lck retention by Nef drives the formation of an “endosomal signaling compartment” that concentrates activated forms of the Lck and ZAP70 tyrosine kinases, together  with activation-competent forms (tyrosine-phophorylated) of several T cell  signaling proteins, like the  T cell receptor zeta subunit, the adaptor SLP76 and the actin cytoskeleton regulator Vav1, but not the related adaptor LAT. This compartment can deliver activation signals to infected T cells in the absence of T cell receptor stimulation, and leading to the activation of several early and late T cell activation genes (del Rio-Iñiguez et al. 2018).