Private: Contactins in patients with ASD 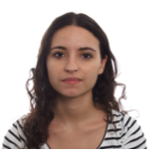 Functional approaches including culture of cortical neurons, automated quantification of neuritogenesis, and the 3D modeling of contactins were developed to analyze the effects of deleterious mutations in contactin genes. Other aspects include the analysis of the auditory and visual defects that are observed in ASD patients.