e.g. searching for members in projects tagged cancer
Search for
Count
IN
OUT
Content 1
Content 2
Search
Go back
Scroll to top
Share
CarbUniVax
Silence to cure: stabilize chromatin for the management of diseases with inflammatory components
© Research
Project

Within this machinery, Argonaute 1 and 2 (AGO1 and AGO2) participate in the recruitment to intragenic chromatin of both chromatin-structuring factors (HP1 and histone methylases) and components of the spliceosome in response to activation of the MAP kinase pathway (Figure 1). 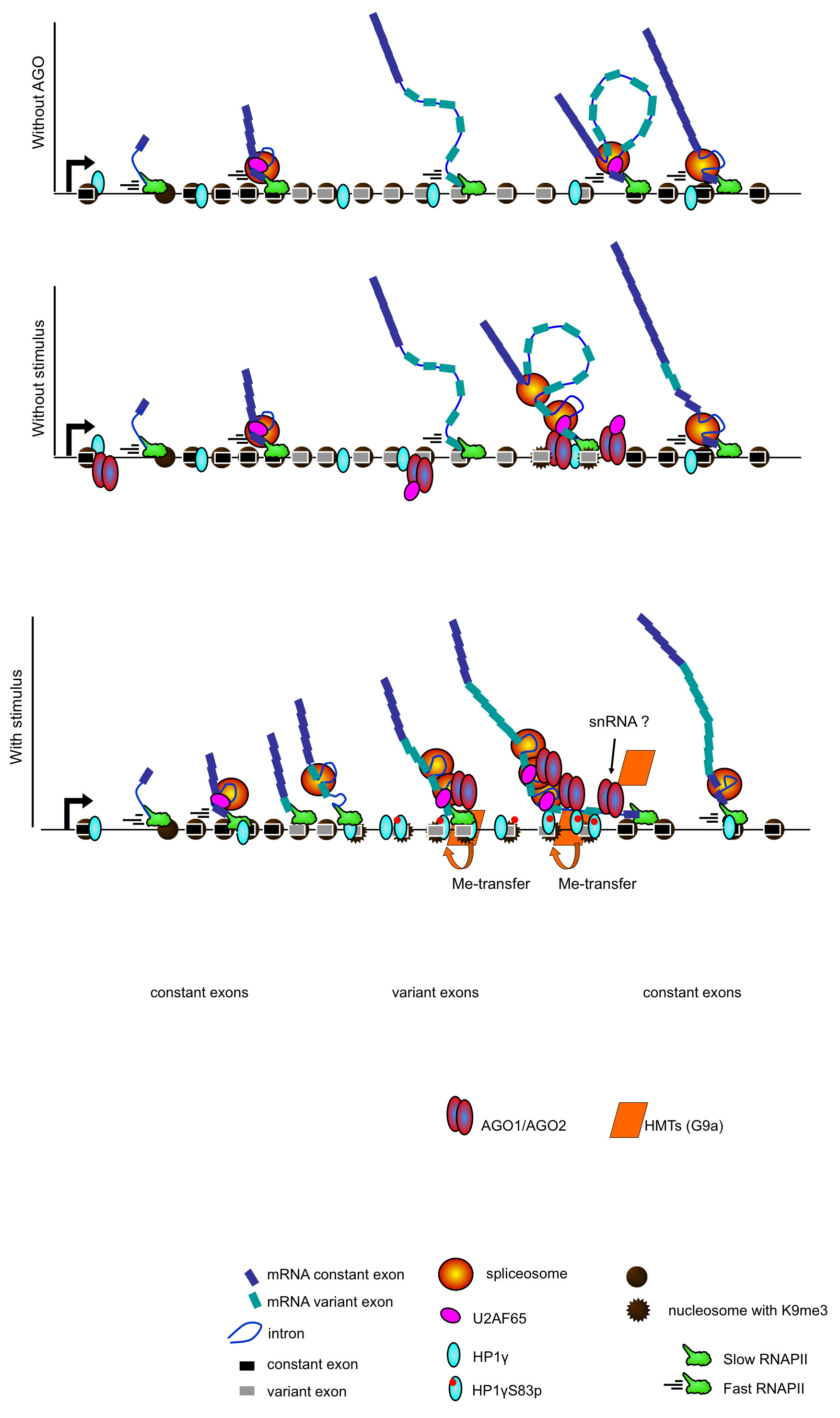 Figure 1: AGO proteins participate in the inducible and targeted recruitment of the spliceosome while also affecting the elongation rate of the RNA polymerase II by favouring the writing of repressive histone modifications. Together, these effects facilitate inclusion of alternative exons.