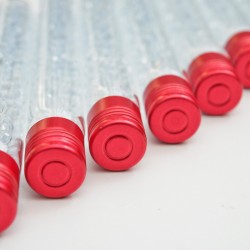 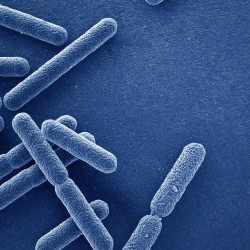 AFNOR Certificate 2019 for the CRBIP

Mery Piña has a PhD in Microbiology from the University of Paris VI and a master degree in Alternative Models and Innovation from HEC Business School. Following a post-doctoral experience in a private research institution in molecular oncology in Milan, IFOM, she started to get interested in technology transfer, bioeconomy and innovation. In 2015, she joined the French Ministry of Foreign Affairs working at the Direction of International Economy,  before becoming the Scientific Manager of the EMBRIC Research Infrastructure Cluster project. Mery now holds a permanent position at the Pasteur Institute, she is the Deputy Director of the Biological Resource Center of the of the Pasteur Institute CRBIP, where she continues to promote the valorization of the viral and bacterial collection of the Institute by fostering the interaction with the bioindustry and contributing to the management and branding of the CRBIP. She represents the CRBIP in the consolidation of an ERIC of the Microbial Research Infrastructure, MIRRI, and collaborates with national stakeholders for the implementation of the Nagoya Protocol in France exercising the role of secretary of the National Group of Experts in Culture Collections named by the French Ministry of Education.

The project is a Research and Innovation Action, its funding originates from the H2020-EU.3.7.5. – Increase Europe’s resilience to crises and disasters budget line, topic : SU-DRS04-2019-2020 – Chemical, biological, radiological and nuclear (CBRN) […]

EVA-GLOBAL objective is to generate the largest accessible collection of human, animal and plant viruses in the world and move beyond the current state-of-the-art to provide an increasingly valuable resource and service to the […]