• Group: Response to Infection in the Whole Organism

After graduating as an engineer from Ecole Polytechnique, Jean-Pierre Levraud obtained a PhD in Immunology at Université Pierre et Marie Curie (then Paris VI) in 1997, working on anti-tumor T cell immunity under the direction of Philippe Kourilsky at Institut Pasteur. From 1998 to 2001, he did his post-doc in Marseille in Pierre Golstein’s lab, working on programmed cell death in a distant eukaryote. Back in Pasteur, he turned to the zebrafish as model host to study innate immunity within Philippe Herbomel’s laboratory. In collaboration with many labs, he developed various infection models in zebrafish, notably for viruses. He contributed much to the characterization of the interferon system of zebrafish and to the development of tools to follow viral infections and host immune responses by intravital imaging. He is also the scientific manager of the zebrafish facility. 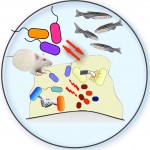 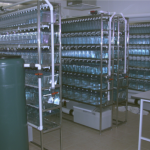