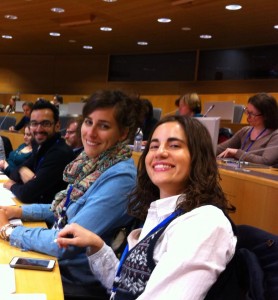 Eloïse was a PhD student in our unit. During her bachelor in Montpellier, she did an internship in Catherine Braun-Breton’s team working on host cell remodelling by Plasmodium falciparum. In 2012, she spent two months in Mathieu Picardeau’s lab at Institut Pasteur to study the role of chemotaxis in Spirochetes. After, she took part in the Pasteur Microbiology Course.  She joined our lab in December 2013, she studyied the roles of IFT in trypanosome morphogenesis during the parasite cycle and the different mechanisms implicated in flagellum length regulation. Eloïse completed her PhD in 2018 and is now a postdoctoral fellow in the lab of Paul Guichard in Geneva.